Today is a historic day for the team here at Cinegenix, as the first full length FiLMiC Pro feature film, Sean Baker’s “Tangerine” was picked up for distribution at Sundance by Magnolia Pictures.

By all accounts, Sean’s film is unique, and humorous and filled with magic and authenticity. The story of a friendship between two transgendered prostitutes, it is likely the kind of story that would have struggled for years to find a budget and a production company willing to greenlight a traditional shoot. But in the fast evolving world of mobile, Sean knew he could tell whatever story moved him with some of the better tools of the new mobile paradigm.

Watch the Variety interview with Sean Baker:
We would like to extend our gratitude and a tip of the hat to Moondog Labs who approached us as a partner for the wonderful anamorphic adapter which was a key element in enabling “Tangerine” to succeed in anamorphic 2.40:1 up on the big screen both at Sundance and soon at theaters around the country, if not the world. We have been enormous fans of their adapter ever since we first set eyes on an early prototype. 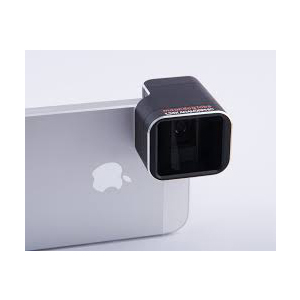 In closing, a huge shout out to Sean and his team, for their drive, vision and conviction, from all of us at Cinegenix and FiLMiC Pro. We look forward to seeing Tangerine on the big screen and look forward to helping anyone else with big dreams and small budgets share their unique vision with the world.